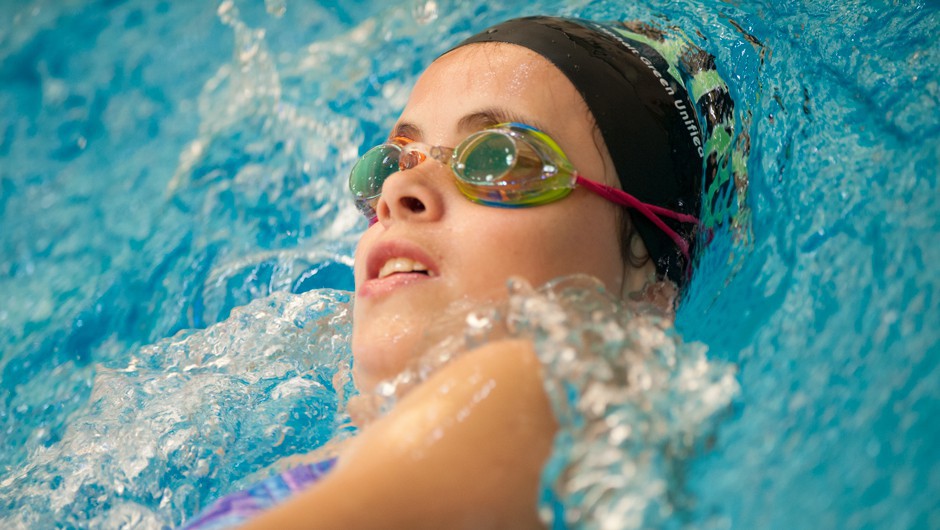 Isabel Gormley could see her teammates running alongside the pool, cheering her name each time she took a breath during the 400-meter individual medley (IM) at the Senior Metropolitan Championships. She touched the wall. Her teammates were going nuts, some even had tears in their eyes. She didn’t know her time, but she knew from their reactions what she had accomplished.

The 14-year-old Asphalt Green Unified Aquatics (AGUA) Swim Team member qualified for the U.S. Olympic Trials, one of the youngest to do so thus far.

As excited as her teammates were, Isabel says the emotions didn’t hit her right away, and they still haven’t completely. She felt just as relaxed after the race as she did before she jumped off the starting blocks.

Perhaps it’s her calm demeanor that makes her such a tough competitor. The pressure did not faze her.  She doesn’t obsess over results, she just wants to swim her best race every time she is in the pool.

“I’m a competitive person,” she says. “I just love to race.” 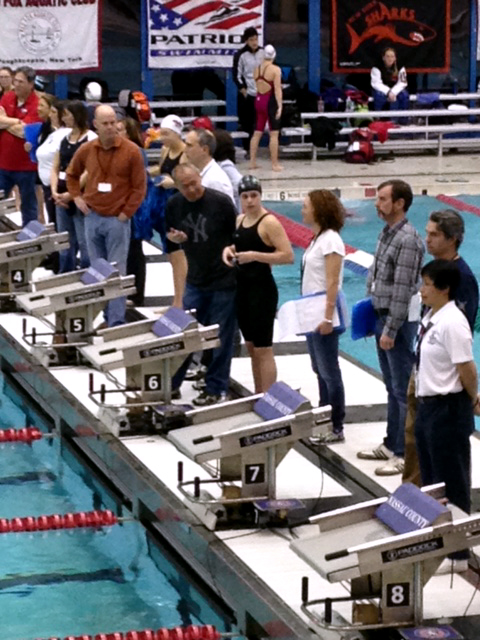 Though swimming the 400-meter IM in a time of 4:53.78 is normal for Isabel, it took years of hard work and dedication to get there. She joined the AGUA Swim Team when she was 7 years old. Today, she dedicates 19 hours per week to the sport, spending 15 hours in the pool and four hours focusing on strength and conditioning in the gym.

Isabel’s favorite aspect of the sport is training with a team. Practice can be tough, and working out with friends who want to achieve similar goals makes it more enjoyable.

“It’s fun racing friends,” she says. “We push each other.”

Outside of the pool, Isabel is a normal teenager. She balances the demands of swimming by staying organized, getting as much homework done at school as she can. She enjoys going to museums, baking (brownies are her specialty), and hanging out with friends on the weekends.

As for Isabel’s ultimate goals in the sport, she is taking it one day at a time.

“I just want to keep swimming,” Isabel says. “I enjoy it.”