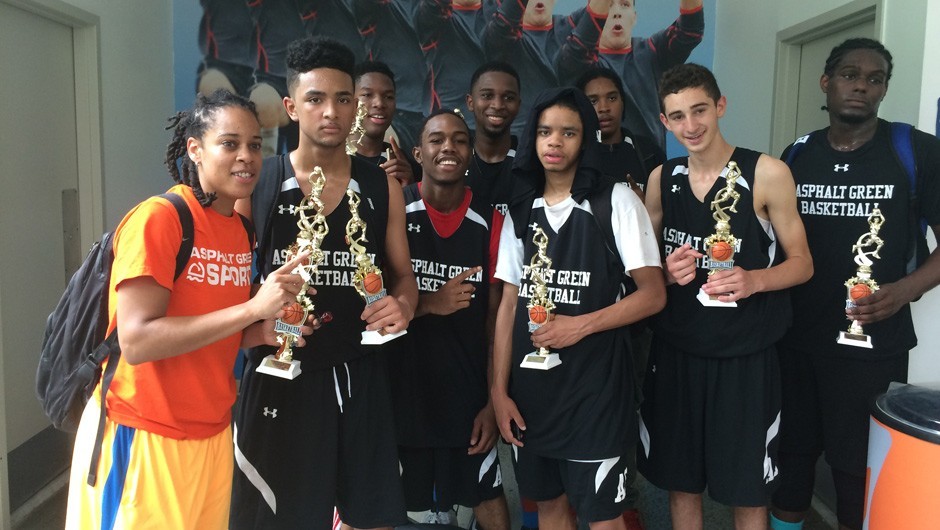 The Asphalt Green 16U boys basketball team claimed the championship title at the Hooperstown May Madness tournament, held in Mount Vernon, New York.

The team went 3-1 during tournament play to earn a spot in the championship game on May 31. The title game was played at the College of Mount Saint Vincent in Riverdale, New York.

Although Asphalt Green played from behind for the majority of the game, they saved their best for the final moments. With six minutes remaining and a 10-point deficit, Justin Fishman, David Lopez, and Damont Kearse led the comeback for Asphalt Green. Lopez drained two free throws to give Asphalt Green a 1-point lead that wouldn't be relinquished.

Congratulations to the team! This was its first tournament championship this season. Next up: Rumble in the Bronx tournament (June 12-14) in New York City.