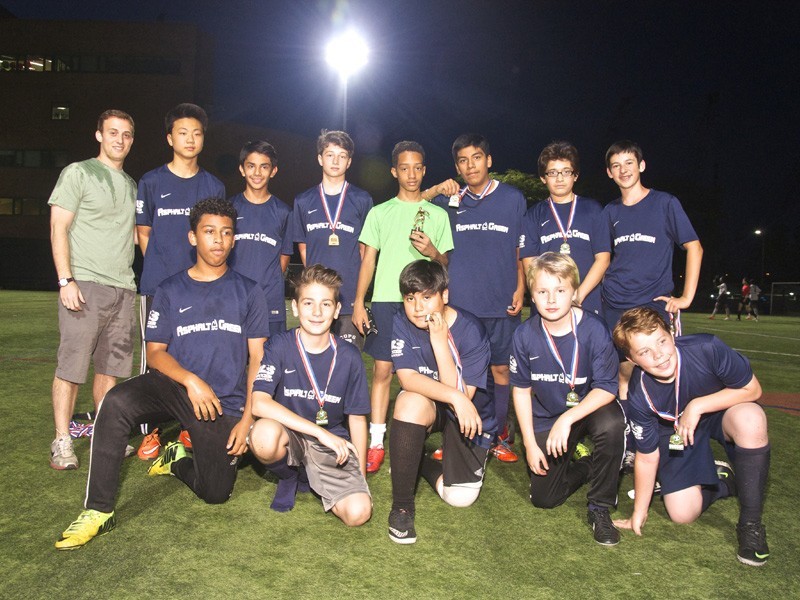 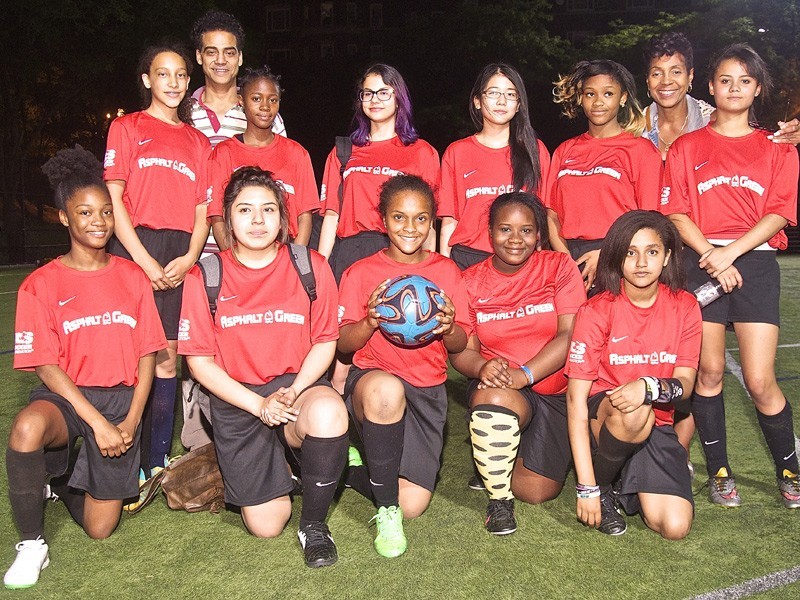 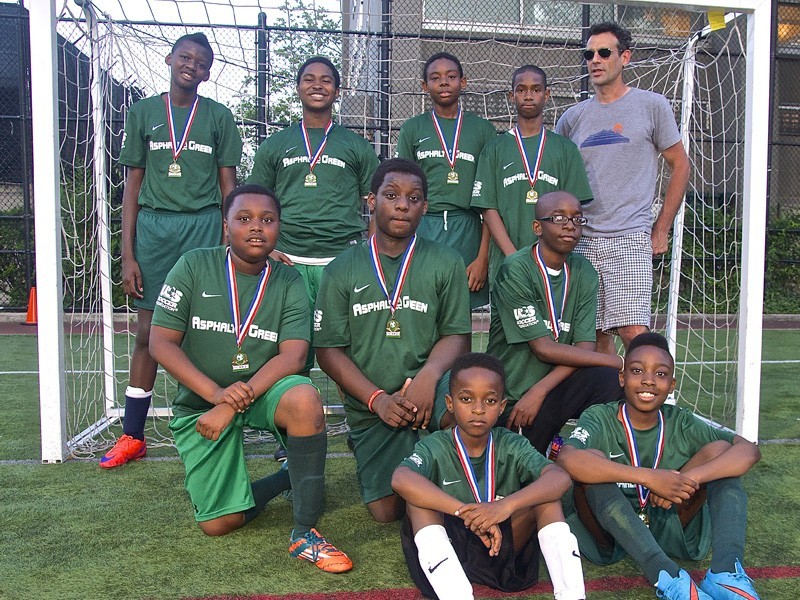 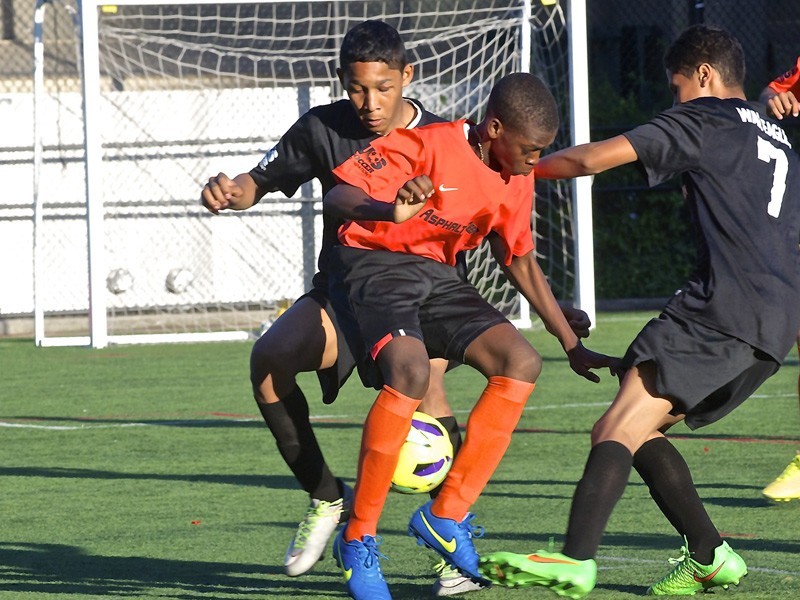 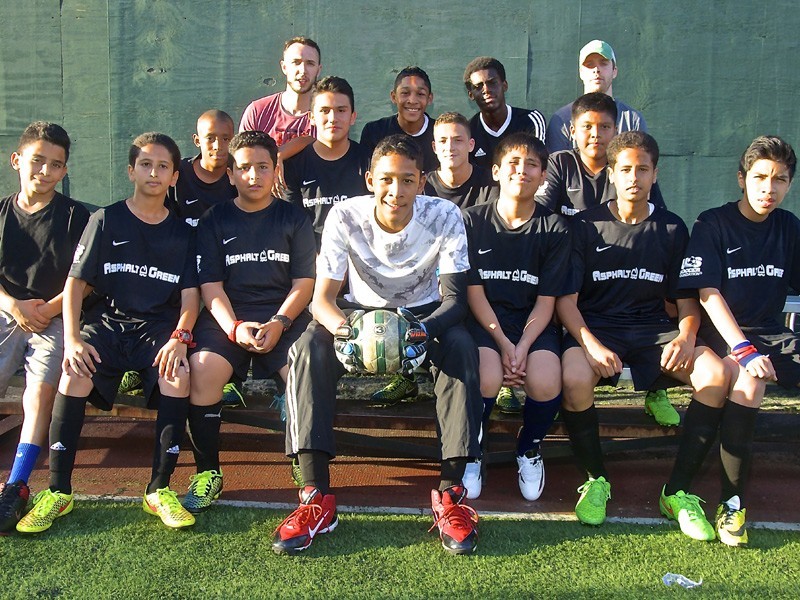 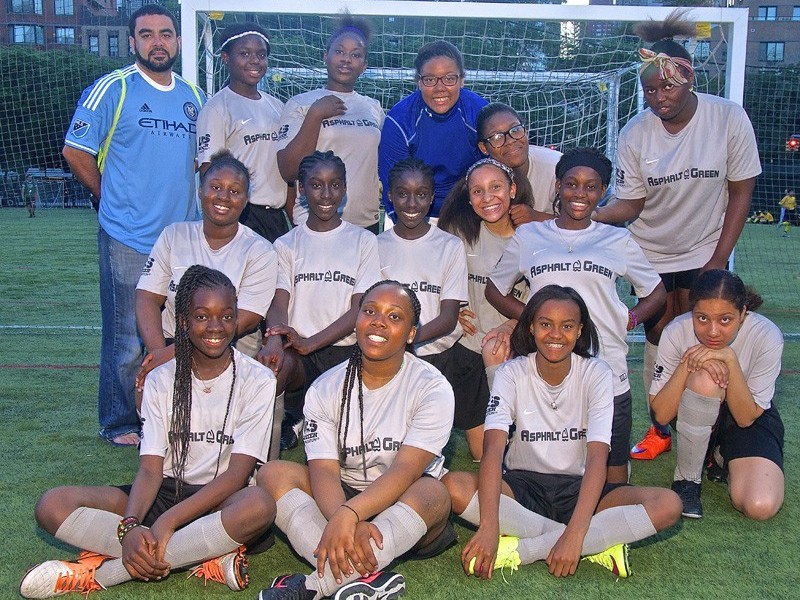 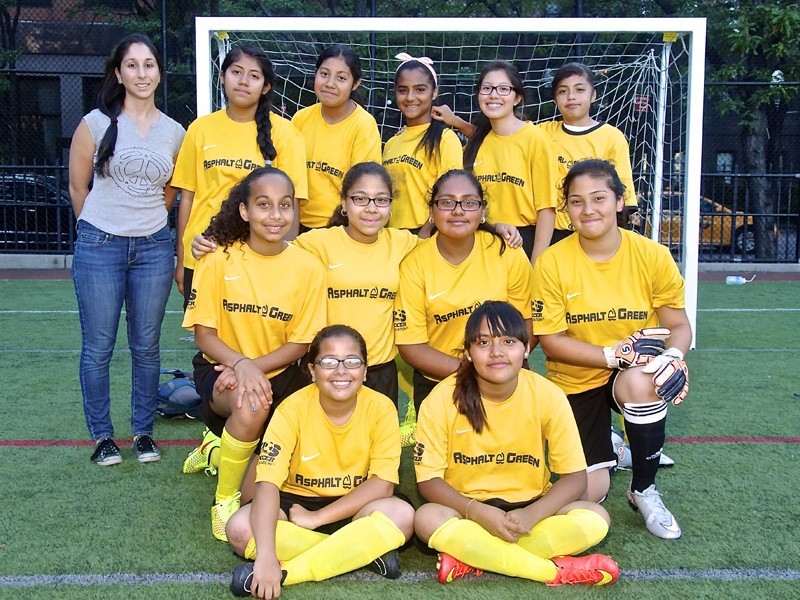 Our Community Sports Leagues wrapped up a successful soccer season Saturday, June 20. Two champions were crowned: P.S. 007 on the boys’ side, and East Side Community School took the girls’ title. Players showed a lot of hustle in both games and competed aggressively.

The final match came down to P.S. 007 and East Side Community School. P.S. 007 controlled most of the game, showing a lot of hustle and making it difficult for East Side to get a touch on the ball. Although De La Foster played an excellent game for East Side, Mohammed Sow and Addison Sanchez couldn’t be stopped and created game-changing plays for P.S. 007. They ran away with game, clinching a 7-2 victory.

The girls championship was an exciting, close match between Manhattan East and East Side Community School. The winner could not be determined in regulation, and the game was decided in overtime. Trailing 2-0 at halftime, Jisselle Mayi of Manhattan East led her team to even the match and force the game into overtime. Despite the comeback effort, East Side was not rattled, and Amber Mitchell of East Side scored the game-winning penalty kick, clinching the title in a 4-3 victory.