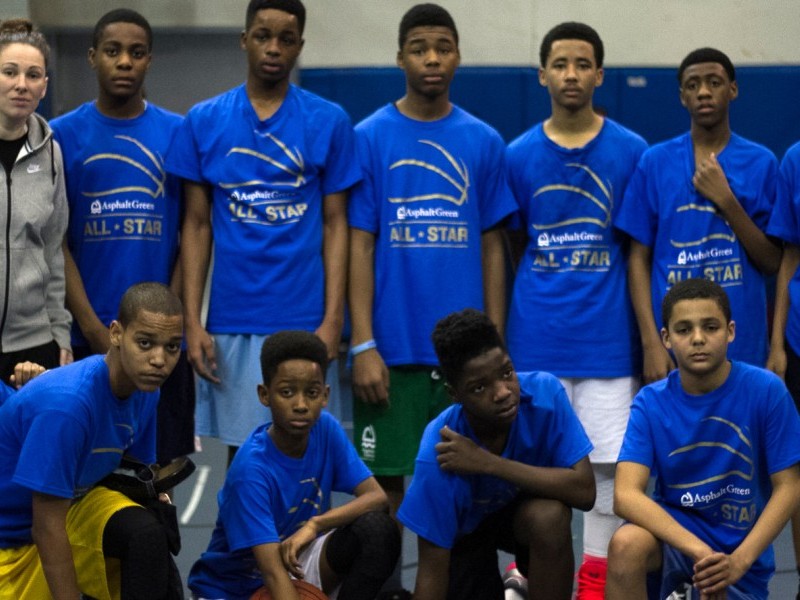 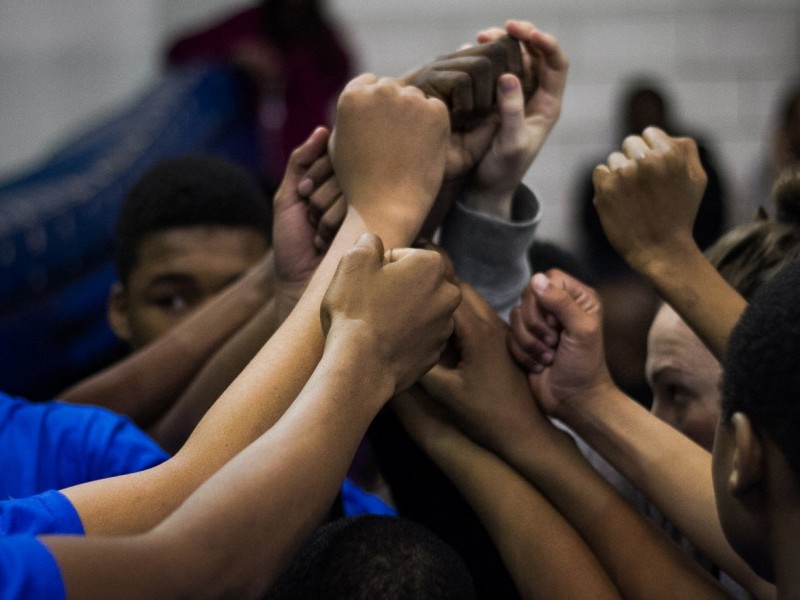 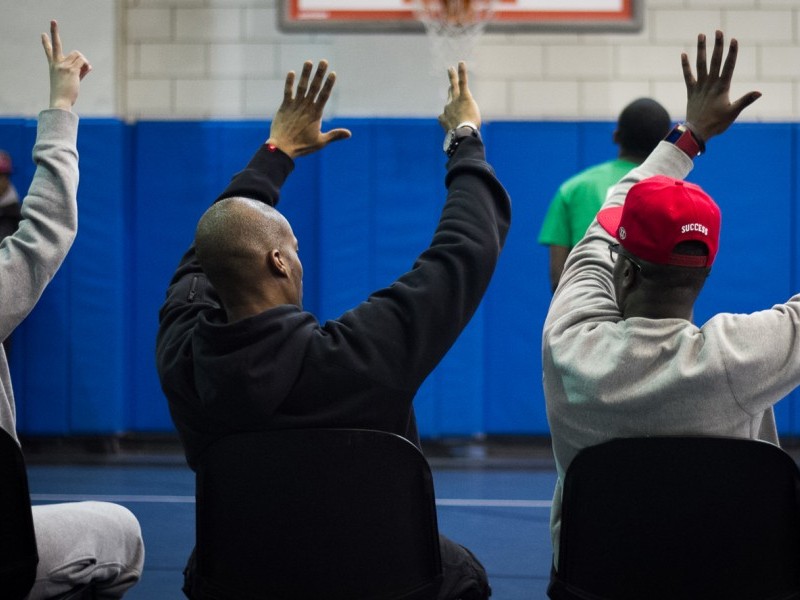 On February 28, Asphalt Green hosted our third annual Community Sports League Basketball All-Star Game. This season, our free basketball league features 12 boys teams and 8 girls teams, approximately 240 players, from Harlem and Washington Heights middle schools. For the All-Star Game, each school’s coach selected the top players to play on the all-star teams against each other, plus a Slam Dunk Contest. We had around 150 people show up—including players, coaches, teammates, family and friends—for a wild and high-flying night of basketball!

The evening began with the girls league All-Star Game between Team Black and Team White. Team Black was led by the heroic playing of Malika Williams from Junior High School 13 and Tanei Rivera from MS 180. Team Black dominated the first half—Williams scored all seven of her points in the first half, while Rivera scored six before halftime. At the half, the score was 19 for Team Black and 6 for Team White. In the second half, Rivera sealed the Team Black victory with seven points. She frequently stole opposition passes and drove for transition layups. For Team White, Charlize Brown from The Equity Project Charter School picked up 4 points and 3 rebounds, while Kelneisha Butler from St. Hope School scored 3 and grabbed 4 boards. In the end, Team Black defeated Team White 28-9.

Congratulations to Tanei Rivera for exceptional play. She finished with 13 points, 6 rebounds, 4 steals and the All-Star MVP Award. “Being a team player was the motivation,” said Rivera. “The All-Star Game is tough because the players don’t know each other. But it was fun to be selected.”

Next our boys and girls All-Stars competed in the Slam Dunk Contest where we saw some spectacular dunks! Voting by cheering, the crowd narrowed the best down to Noel Jimenez from New Design Middle School for the girls and for the boys Isaih Duffin-Williams from Harlem Village Academy. Their acrobatic dunks brought the house down!

The final event of the night was the boys All-Star Game between Team Green and Team Blue. Team Blue started out strong with Moussa Wague of Harlem Village Academy Leadership making a 3-point shot. However, Team Green quickly regained their footing thanks to the efforts of Kenyon Watkins from Esperanza Preparatory, who scored 6 points in the first quarter. Watkins went on to score another 5 points in the second half, helping his team secure a 25-18 halftime lead. Team Green kept up their momentum, consistently holding a double digit lead in the second half and eventually winning 43-31. Their victory was the result of 11 combined points from Watkins, Julian Canaan of IS 528 and Tahj Parker of PS 149. After making 17 points and 9 rebounds, Watkins was named the All-Star MVP.

It was a fun night of basketball for everyone! The All-Star event was a great testament to the talent and passion of each player in Asphalt Green’s Community Sports Leagues. Thanks to all the coaches and players who participated!