Get ready to rumble in our Recess Enhancement Program's (REP) fun twist on rock-paper-scissors. 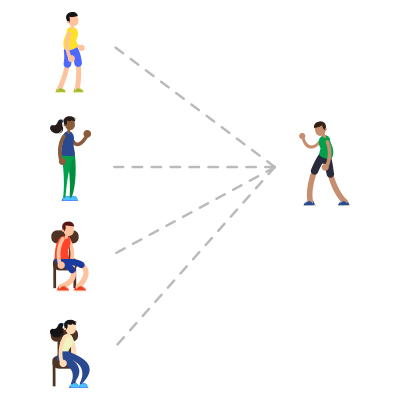 Medium: No one gets out. Complete a couple of rounds, then choose a new rumbler.

Hard: Have two rumblers in front of the groupl

Looking for more ways to keep kids active all summer long? Join us for virtual camp Monday through Friday. The schedule features a variety of active, creative, and game-based programs that keep campers engaged, learning, and having fun every day. Join the fun.