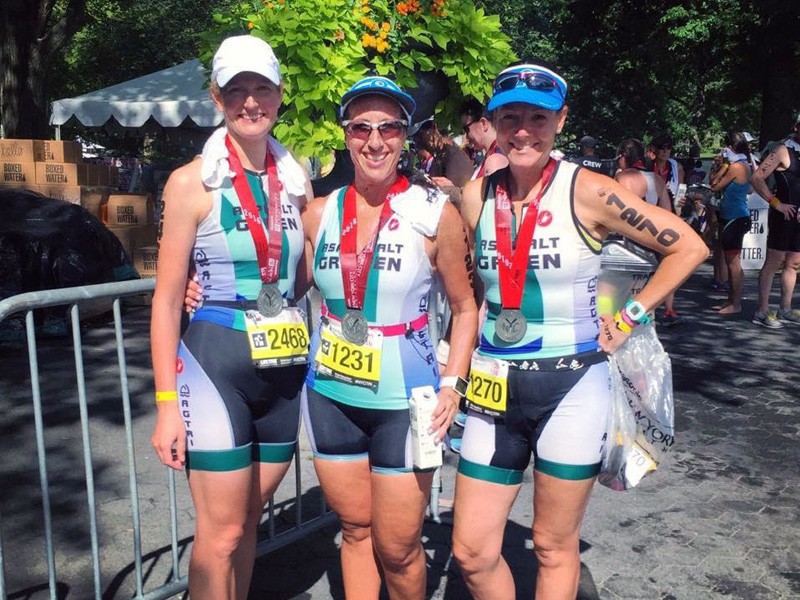 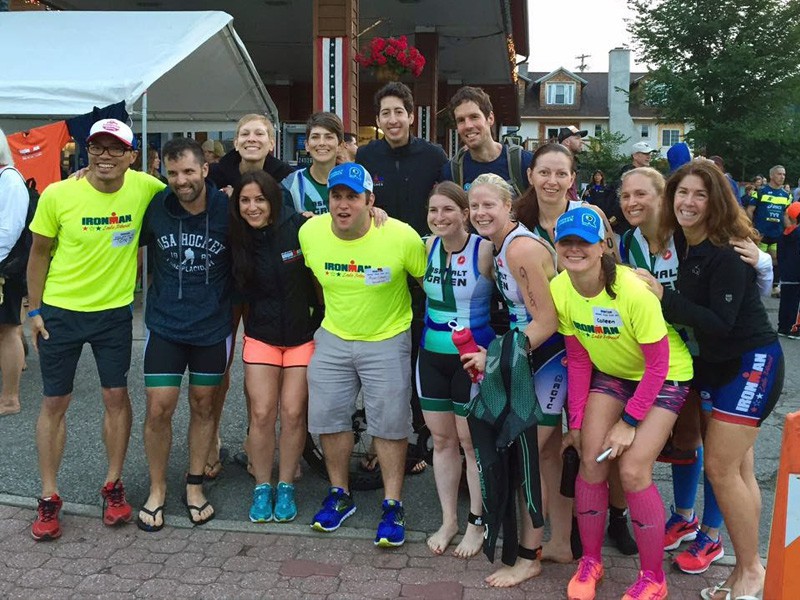 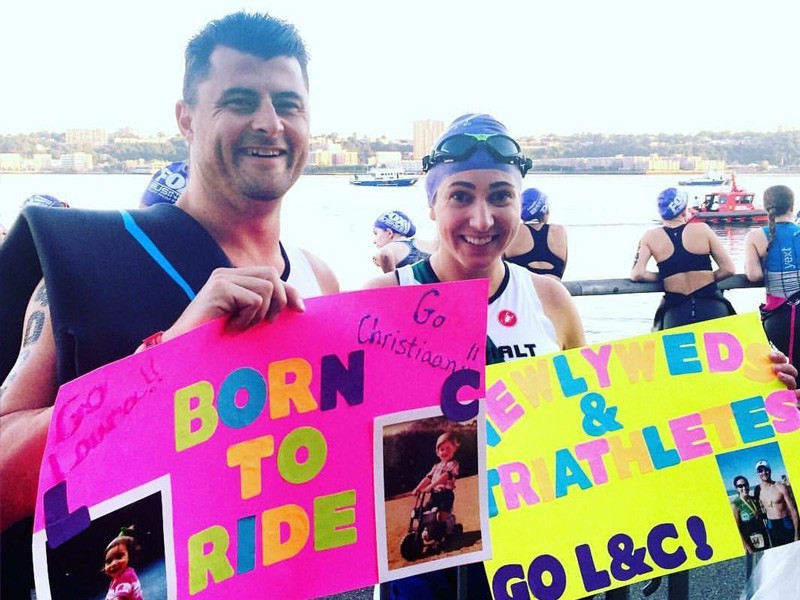 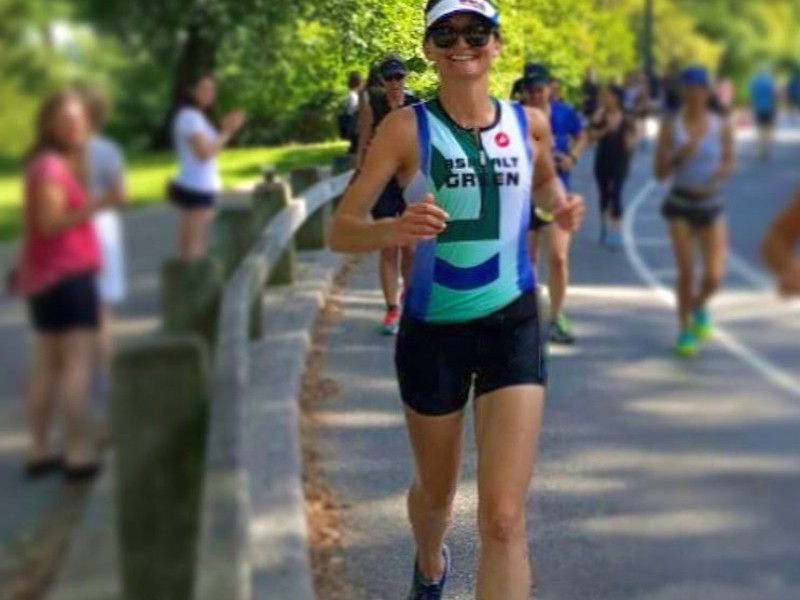 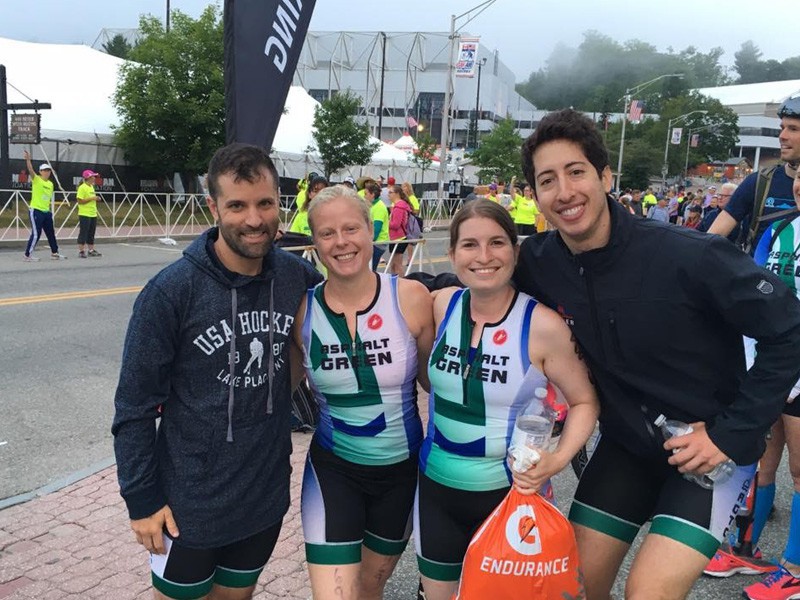 July 24th was a big day for the Asphalt Green Triathlon Club. Over 85 athletes took on the swim, bike, run challenge at two of the country’s most iconic races: the New York City Triathlon and IRONMAN Lake Placid.

Asphalt Green always has a great showing at the New York City Triathlon, and this year was no different. We had a variety of first-time racers and veterans competing. The race is typically a 0.9-mile swim in the Hudson River, 25-mile bike on the West Side Highway, and a 6.2-mile run through Central Park. However, due to soaring summer temperatures that exceeded 100 degrees, race officials shortened the run portion of the course to a 5-mile run.

The local race brought out many spectators. Our cheering section on 72nd Street in Central Park was loud and energetic. All of our athletes crossed the finish line, and the Asphalt Green Triathlon Club took second place overall. Many of our competitors had strong performances despite the heat, and one of our coaches, Ken Szekretar, placed second in his age group.

IRONMAN Lake Placid—a 2.4-mile swim, 112-mile bike, and 26.2-mile run—was just as successful. Asphalt Green had a 100 percent completion rate, and our athletes raced alongside coaches Ben Lloyd, Vicki Tiase, and Pete Castro. Elite member Biff Capune punched his ticket to the IRONMAN World Championships in Kona, Hawaii, based on his finishing time. Our racers had an outpouring of support throughout the day, with over 20 triathlon club members making the trip to Lake Placid to volunteer at the event and cheer on their teammates.

Congratulations to all of our members who conquered two tough races! Scroll through pictures from the race weekend above.