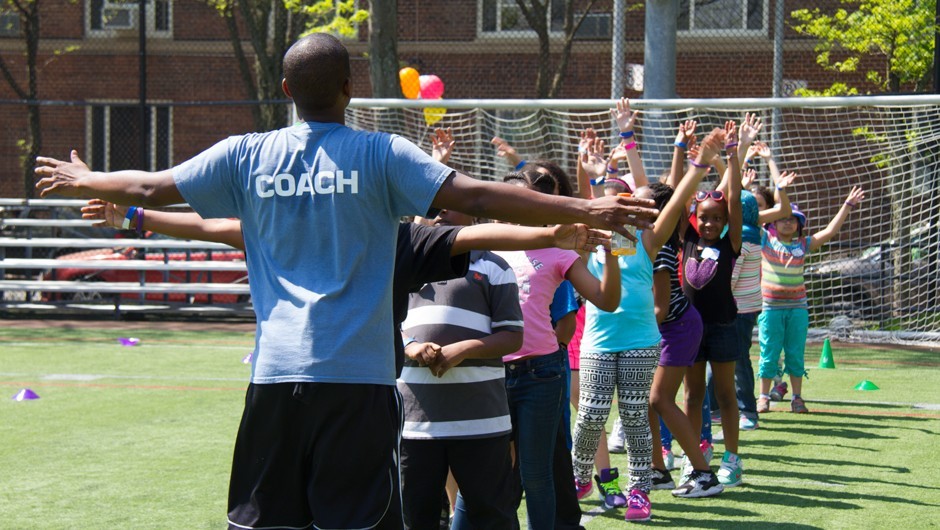 Asphalt Green’s Recess Enhancement Program (REP) provides safe, active, and organized play for over 28,000 children in elementary schools across New York City. P.S. 86K is one of the participating schools. In its first year of implementing REP, administrators and teachers have noticed improvements in behavior, academics, and physical fitness. School Principal Tina Moschella Andre discusses the positive impact of REP in a short period of time.

Q: How long has REP been implemented in P.S. 86K, and how often does a REP coach lead recess at the school?

A: REP has been at P.S. 86K for about six months, and coaches lead recess twice per week on Tuesdays and Thursdays.

Q: What did recess and PE look like before REP?

A: Before we had REP, students did not have structured games. During inclement weather, children would stay in the cafeteria. Now, the REP coaches play games and get the students active even on days when bad weather limits outdoor play.

Q: What are the teachers doing with students to get them more active now?

A: Some teachers are taking time out of their regular classroom time to allow kids to play outside. They understand that exercise is important and that it isn’t beneficial to have the kids cooped up in class all the time. The teachers notice that their students are more focused in the classroom. Physical activity has become more of a priority in the six months that REP has been implemented at P.S. 86K.

Q: Why is physical activity important?

A: Our students need recess in order to release pent-up energy. Physical activities are known to help students focus and stay on task while in school.

Q: How did REP help students learn the importance of physical activity?

A: REP coaches teach the students new games and activities to get them active during recess, a time which had not been fully utilized in the past. One first grade teacher at P.S. 86K, Ms. Pidsosny, observed the students playing without a REP coach present. She noticed that the games were fun and interesting and was very impressed with how they organized by themselves. When she asked them where they learned the games, the students told her they learned them at lunchtime from their REP recess coaches. The game they were playing was called Switch. It was featured as a REP game of the month!

Q: Aside from organized play, what impact have you seen on the students?

A: The teachers and administrators can see that students are sharing more and taking turns. Students are also making it a priority to work together.