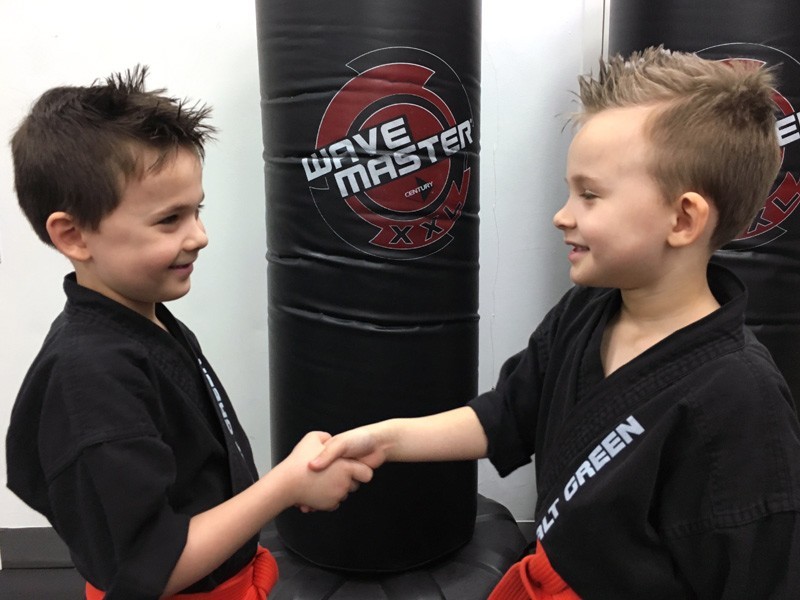 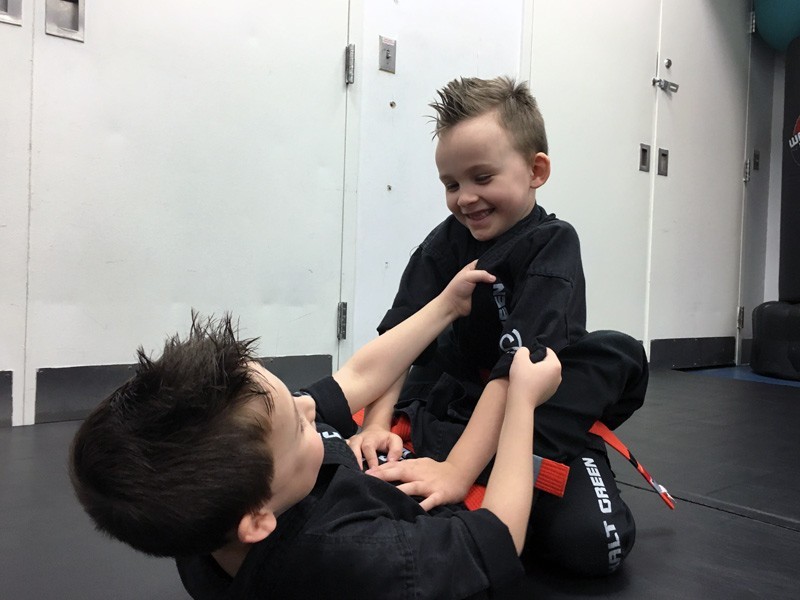 Teamwork: Twins Learn Valuable Skills On and Off the Mat

Twins Luca and Savio Robbiani know a thing or two about teamwork. After all, they have grown up side by side. But it was not until they started taking martial arts classes at Asphalt Green that they started applying the skill to their day-to-day behaviors.

Teamwork is one of the 12 Pillars of a Champion coach Chad Simon instills in young athletes. Each month, one pillar connects and empowers his athletes. Teamwork was the theme for February.

Known as thunder and lightning on the mat, the 7-year-olds have been a part of the martial arts program for a year and a half. Their mom, Melissa Robbiani, says their enjoyment working with their teammates and coaches stands out most when she watches them train.

“They are both more aware of how important it is to work positively as a team, to work through what can be challenging at times to achieve a common goal,” she says. “While healthily competing with each other, they are also increasingly encouraging each other to [improve off the mat].”

Everyone on a team has a different role. Because classes have mixed levels of students, sometimes Luca and Savio are the teachers and other times they are the learners. At times, they have struggled teaching others, but they continue to work at it. The combination of helping other students succeed and learning from those at a higher level inspires them to reach for a black belt.

“Both boys, in different ways, have benefited immensely from the Martial Arts training,” Melissa says. “They continuously use things they learn in class to help them mature and behave in a positive, confident, and courteous manner, evident at home and at school. It has helped them feel [empowered] to tackle new challenges in life.”

ASK THE ATHLETE: HOW DO YOU DEFINE TEAMWORK? 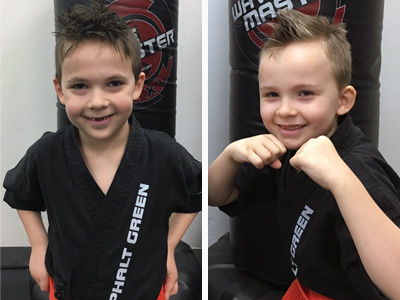 Luca: Teamwork is working with someone who didn't know a routine listen to [your] guidance. I tried to explain [the technique] and show them until they got it right.

Savio: Teamwork working in [a period of] time with a partner to do a routine. I explained what was wrong and helped my partner get it right.