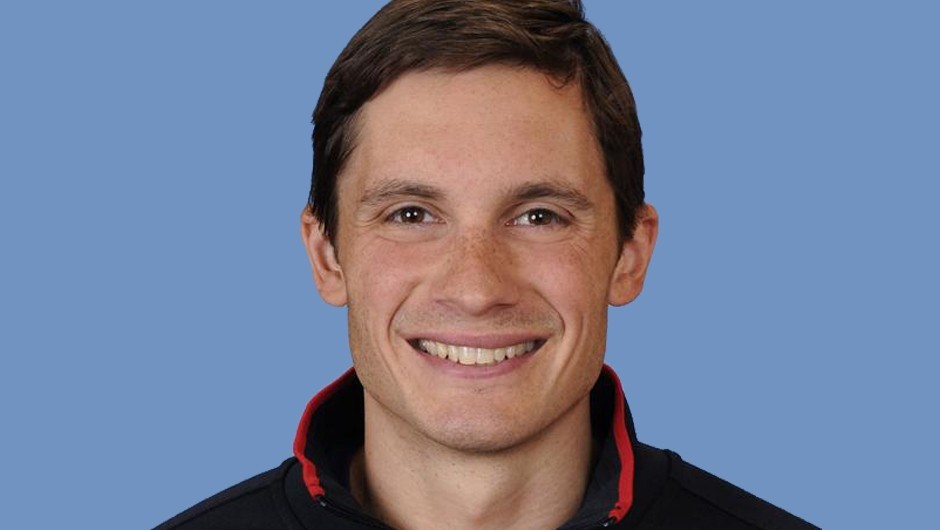 Eric Shanteau will be at The Big Swim tomorrow, where kids will have the opportunity to meet the Olympic athlete and take photos.

When Olympic gold medalist Eric Shanteau was 3 years old, his parents took him to a neighbor’s home where they taught toddlers how to swim safely. While many kids screamed and cried when they were first put in the water, Eric didn’t make a peep.

So the family joke goes, it was a natural fit. We caught up with the World and Olympic champion and learned what kept him motivated during his swimming career, how he beat and dealt with a scary cancer diagnosis and what he is up to today.

Where did you grow up?

I grew up in a little suburb about 20 miles outside of Atlanta.

How did you get into competitive swimming? Did you join a swim team in High School?

Where I grew up, you could start on the summer league team when you were 5 years old. It also helped that I had an older brother and everything he did, I wanted to do. So if he wanted to join the swim team, I wanted to join swim team. When I was 8 I started [swimming] seriously—well as serious as you can be at 8 years old—but I practiced every day.

As you were already a committed athlete at the ripe old age of 8 years old, were there any other sports that you were involved in? Were you a part of any other teams?

I was on the soccer team, and I was a pretty good player. It is interesting because when I was around 11 years old, I had to make the decision that if I really wanted to be good, then I should probably pick one. It really could have gone either way because I really liked soccer, and I was pretty good at it, but I just enjoyed swimming a bit more. In the grand scheme of things, it was probably the right decision.

As you know, Asphalt Green believes that sports and fitness can have a significantly positive impact on children—what do you think?

I may have a biased opinion because I’ve been involved with sports my whole life, but it has the ability to really shape someone—their personality and who they turn out to be. Many times athletes get criticized for not having a real job, but that isn’t true. Sports teach you how to work with people and how to be a part of a team. Things that you are going to utilize on a day-to-day basis. So I think getting involved with sports from a very young age can be very helpful and very influential for kids as they mature. I think that is also what is unique—sports give you room to grow.

Apart from being a professional athlete and an Olympic gold medalist, you are also a cancer survivor. Can you tell us how that experience changed your life, and do you think that sports helped you deal with some of that adversity?

My cancer diagnosis, of course, without a doubt, 100 percent changed my life—especially going through it at the age of 24. At that age you think you are invincible. Looking back seven years later, I can definitely say that I am a stronger person because of it. It took considerable work and effort on my part to find the silver lining, but I don’t necessarily regret going through cancer. I think my outlook on life is not one that I would have had I not gone through that experience. It definitely changes you, but I think that it is up to the individual as to how it changes you. In terms of sports having an effect—I went after cancer with the same mentality and toughness that I brought to swimming. I viewed it as another challenge to get through, so I applied all the same skills that I used in my swimming career to my fight with cancer.

What is next for Eric Shanteau?

More kids! I also work with in cardio-rhythm management for a company called Boston Scientific. So I am in heart surgery all day. I work with pacemakers and defibrillators and help physicians implant and maintain them. So I have stayed involved with patient health care and patient advocacy work. My wife and I are actually about to close on our first home, and the deal was when I was stable in my job and we had a home, we could have more kids—we already have a 2-year-old daughter. I love being a Dad, so I want more kids.

Crispy or Soft-baked cookies: Soft Baked—give ‘em to me gooey!

Favorite Meal: Surf and turf. Give me a big ol’ NY cut of steak and a lobster tail and I am happy

The Big Swim at Asphalt Green is a FREE swim meet where kids will jump into our Olympic-sized swimming pool and race to the finish.  Our swim meet for kids ages 6 to 12 guarantees fun! All swimmers are winners and receive a swimming cap, medal, T-shirt and ice cream. No need to register. Just show up to get in on the fun! More details here.