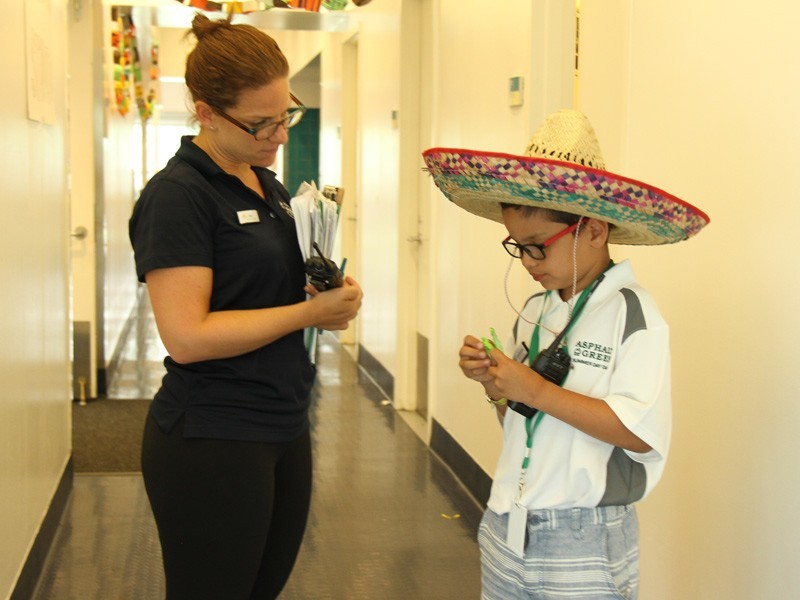 Koala 1 camper Jackson got a glimpse of what it takes to make Summer Day Camp run smoothly. Yesterday, Camp Director Katie Duffy passed over her radio, and Jackson took the reins as camp director for a day at our Upper East Side campus.

The badge and name tag made it official, and Jackson was up for the challenge. He answered emails, attended meetings, and made suggestions to improve camp. His big initiative: All campers should have a Rubik’s Cube to keep their brains active during the summer.

Jackson also got to see Asphalt Green from the roof deck and through the window that looks into the deep end of the pool. He had had a blast but admitted being camp director was an exhausting job—he went to bed early!

Although he had to hand the radio back to Katie at the end of day, we have a future camp director in the making!

“Katie may hire me when I get a little older,” Jackson says. “I’ll take her place when she retires.”