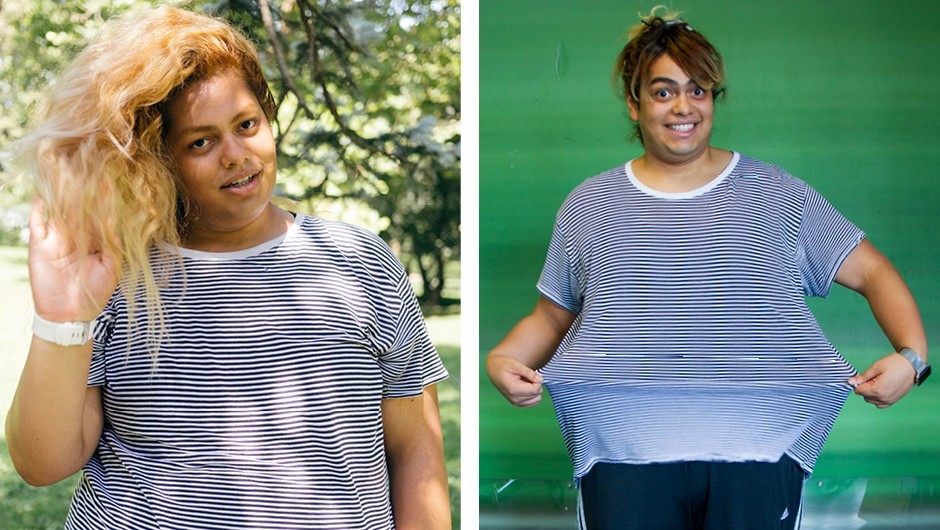 Growing up, Stephen Icaza struggled with confidence and did not feel comfortable in his body. In high school, he was the kid who would do anything to get out of gym class.

However, you would never guess Stephen struggled to find time to exercise based on his fitness regimen today. Now, it is not uncommon for him to do Pilates, personal training, and swim with the AGUA Masters team in a 24-hour period.

What changed for the 25-year-old? He had a reality check when he tore his ACL in April 2018. At 6 feet tall he weighed 340 pounds, and his body was breaking down. If he didn't make a change, he would be at risk for diabetes, heart disease, and other health issues.

Stephen is already well on his way to better health. He currently weighs 292 pounds—a 48-pound weight loss—and is getting closer to reaching his goal of 220. Stephen's view on health and fitness has done a complete 180, going from something he feared to something he is passionate about.

"It's incredible to think of the man I'm becoming considering in high school I was such an awkward boy," Stephen says. "Now, at 25, I have a healthier lifestyle. Before, I had such a bad relationship with physical fitness."

Working with the personal trainers and Pilates instructors at Asphalt Green has been instrumental in his transformation.

"I leave feeling like not only did I get a good workout, but I'm also learning more about how my body works," Stephen says. "My attitude toward fitness before I started working with a trainer was very basic. I would only do cardio to try to lose weight. I was awkward in the gym and intimidated."

Working with personal trainers Samone, Debbie, and Dre, Stephen, who is a fitness concierge at Asphalt Green, feels like he has an army of cheerleaders behind him in the fitness center.

"The biggest confidence boost came from realizing all of us are at a gym and no one is really looking at one another and measuring up who is doing what," Stephen says. "In my head, I used to think, 'Oh my gosh, I am the slowest.' But working with a [personal trainer] made me realize that this is how you start. It's OK to not know how to do everything. I ask questions."

Though he admits he still dreads the beginning of a workout at times, he's at a point where he recognizes the work he is doing is a step for him to be healthier. He has the strength to do things he's never done before, the endurance to swim for a full hour, and more energy to complete day-to-day activities.

"I'm understanding fitness in a way that is not intimidating, but instead becoming a lifestyle," Stephen says. "The endorphin high is also pretty great."

If he had any advice to give to someone thinking about making a lifestyle change, it would be this:

"There is no reason to have the tomorrow syndrome. We can all work out for 10 minutes a day. There's no waiting when it comes to your lifestyle; no waiting for you to get healthier," Stephen says. "You're just going to have to put in the work and find the tools to do the work. For me, the personal training is worth it."