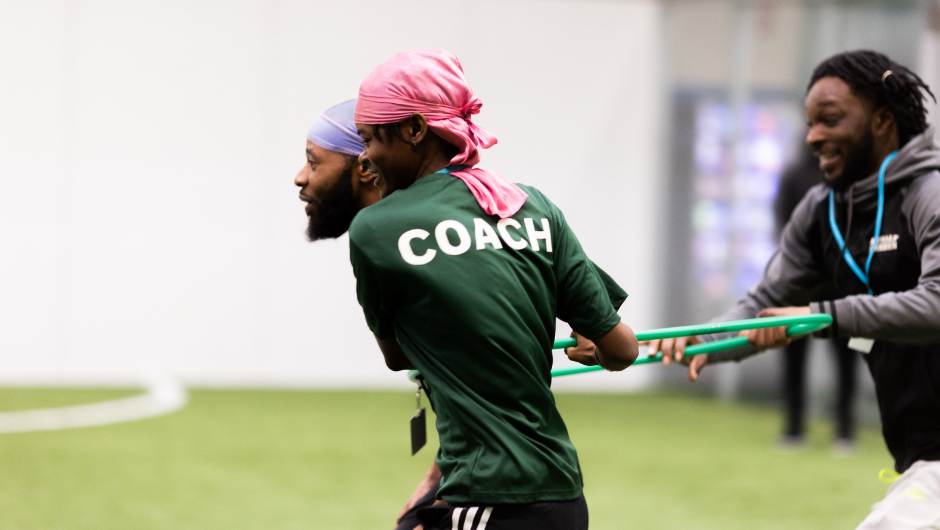 Your Impact at a Glance: Lamar Burch & REP 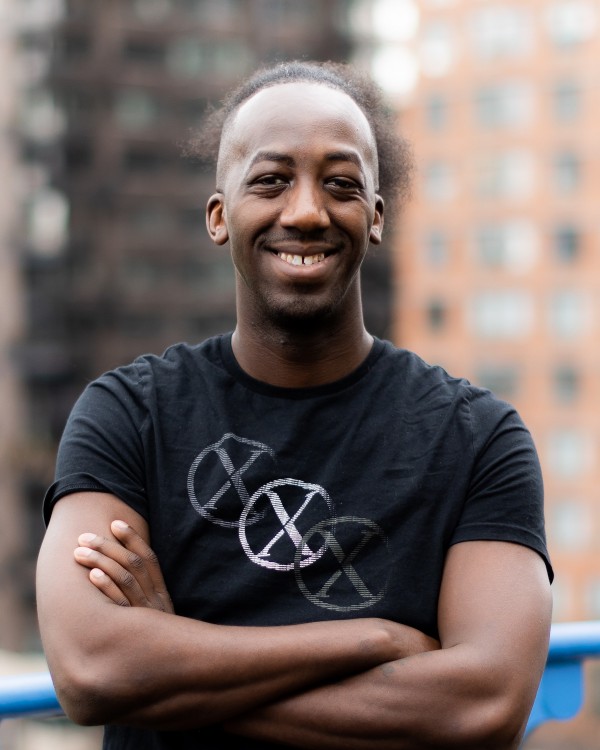 On December 31, 2022, he celebrated his 10-year anniversary with the organization. He joined Asphalt Green knowing he wanted to work with children after gaining experience in summer camps and after-school programs.

"I didn't know what I wanted to do until I began working at summer camps," said Lamar. "I thought to myself, ‘I can do this. I get paid to have fun!’ I also went to school and got my degree in child psychology." Lamar worked his way up through REP over the years and is now in charge of leading the program’s coordination efforts, including hiring coaches, visiting them at their assigned schools, and giving performance evaluations.

His journey began in September 2012 when a friend working at Asphalt Green invited him to apply for a play coach position with REP. "I sent in my résumé, and then I got denied," said Lamar. "I was a bit down about it, but I also always want to improve myself, so I joined a leadership program that taught me how to better build my résumé." Fast forward to December 2012, his friend reached back out to let him know Asphalt Green was again looking for play coaches. "I submitted my application and I got a call the next day inviting me to an interview. It was the week of Christmas when I went in and we had a very nice chat," said Lamar. He was invited back to participate in training on the morning of New Year’s Eve. "And that was that — new year, new job, new me."

Having consistent staff as part of REP is essential and an ongoing goal for Lamar and the program’s leaders. The more coaches the program can bring in and retain, the bigger the impact it can make. Consistency is key, and during his summer camp days, Lamar explained, he was trained to understand that one needs to be a consistent part of what the kids do. "If a kid is in your program, build a relationship with them. Build empathy and compassion with them."

What helped Lamar solidify his career in working with kids was a story he heard summer after summer from his camp director called The Starfish Story, an adaptation of The Starfish Thrower, part of an essay of the same name published in the late sixties by Loren Eiseley.

"The story meant so much to him, and I can understand why just from working with kids," explained Lamar. The story has many interpretations, but as a childcare provider looking after and providing programs for kids, "those children are our starfish," said Lamar. "All of these kids live with different circumstances every single day, and one of our coaches can really have an impact on a child. That's why this story means a lot to me."

The Starfish Story, as retold by Lamar:

One day there was a terrible, terrible storm. Strangely enough, the next day was a very nice day — hot, 90 degrees, the sun beaming. An older gentleman decided to take in the nice day and walk along the seashore and enjoy the nice, cool ocean breeze. As he walks along the beach, he bumps into thousands upon thousands of washed-up starfish. They were dying, drying out under the hot sun and not getting any water. So, without anyone asking him to, one by one, he picked up a starfish and threw it back into the water to save its life. He continued to do this all day, having stopped what he was doing so he could throw as many starfish as he could back in. Later on in the day, a young boy also walking along the beach went up to the older gentleman and asked what he was doing. The man explained he was throwing the starfish back into the water so they may live their lives. The boy looked around and responded, "No matter how hard you try, you're never going to save them all." "You’re probably right," said the man. He then picked up another starfish and looked at the boy and said, "But to this one starfish, I’m making a difference."

Learn more about REP or reach out to rep@asphaltgreen.org if you or someone you know is interested in becoming part of the program. You can also make an impact and help REP expand its programming and hiring capabilities by donating to Asphalt Green.

Donate today! Your donation helps to support our community programs and our ability to share the power of sports and fitness across New York City.